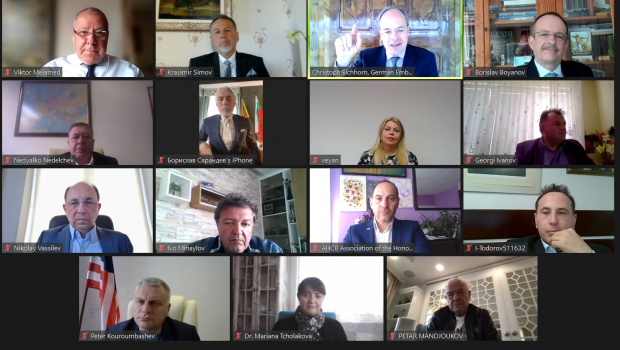 Special guest to the “Meaningful Meetings” initiative of the Association of Honorary Consuls in Bulgaria was Chief of Mission of the Embassy of the Federal Republic of Germany in Sofia, HE Ambassador Christoph Eichhorn. The discussion was held over Zoom and was on the pressing subjects of International diplomacy in the region and the world. Discussed was the good bilateral relationship and strong economic footprint, which can be further extended on the basis of startups, young entrepreneurs and information technology.

„Germany and Bulgaria -together we work in friendship for our free and strong Europe!“ Ambassador Christoph Eichhorn