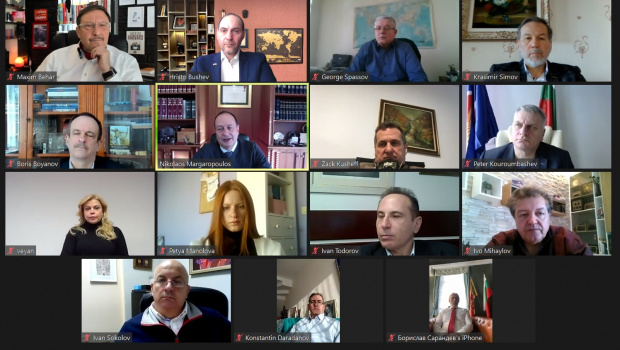 On February 16, 2021 a ZOOM meeting was held with Mr. Nikolaos K. Margaropoulos – Secretary General of FICAC. The topic of the meeting was "Trends in consular affairs, a new role for Honorary Consuls", at which he made a retrospective analysis of the position of the Honorary Consul.

Mr. Nikolaos K. Margaropoulos is the Honorary Consul of the Philippines in Thessaloniki since 1996. He graduated from the Aristotle University of Thessaloniki, Faculty of Law, in 1992. Mr. Margaropoulos  has been honored with the title of Cavaliere (Knight) dell' Ordine della Stella della Solidarieta Italiana, by the President of the Italian Republic and with The FICAC (World Federation of Consuls) Medal of Honour.

It was extremely interesting for us to learn from his vast experience in the field. He gave a thorough presentation on the position of Honorary Consul from the first documented "proxenos" 2500years ago, through the establishment of the Vienna Convention on Consular Relations, to the modern-day trends and role it plays in the world affairs. With the increased globalization in the last decades, which actively encourages tourism, immigration and trade relations, we clearly see a growing importance of the role and the number of Honorary Consuls worldwide. They are becoming one of the most important and effective instruments in the development of bilateral relationships, through their everyday consular services, in help of the foreign citizens in various places, to the active promotion of cultural, scientific, sports events, and of course trade and economic development, increasing trust and local reach.