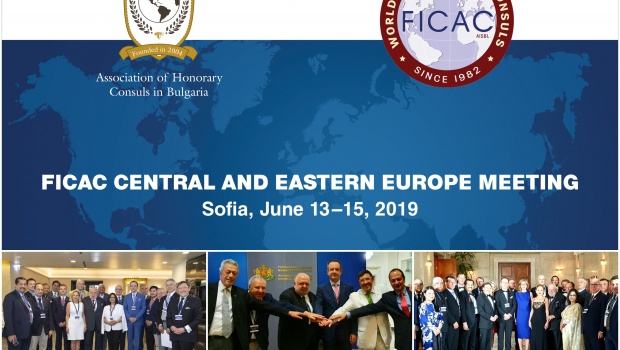 Between 13-15 of June, the first meeting of the board of the World Federation of Consuls (FICAC), organized in collaboration with the Association of the Honorary Consuls in Bulgaria (AHCB) took place in Sofia. The event was attended by nearly 100 honorary consuls from 36 countries, diplomats, ministers, and other representatives from the business and political circles from all over the world.

This is one of the most major projects of its kind that has occurred in Bulgaria. The first day of the conference included FICAC Board Meeting, press conference, a special meeting with HRH Simeon II and a Gala Dinner for FICAC and AHCB members.

The culmination of the forum was the second day with the FICAC Central and Eastern Europe Meeting. Prominent politicians and business leaders discussed the political situation, the business opportunities and the future of the region. The main topic was the importance of the good relationships between the countries and the role of the honorary consuls.

Among the special guests and the keynote speakers were:

Many additional activities were organized to keep the participants entertained during their stay such as a complimentary tour of Sofia, wine tasting, tour to Asian cultural exhibition in Sofia Central Park, a one-day trip to the city of Plovdiv.

The Forum was widely covered by the media and very beneficial to all involved in the organization.