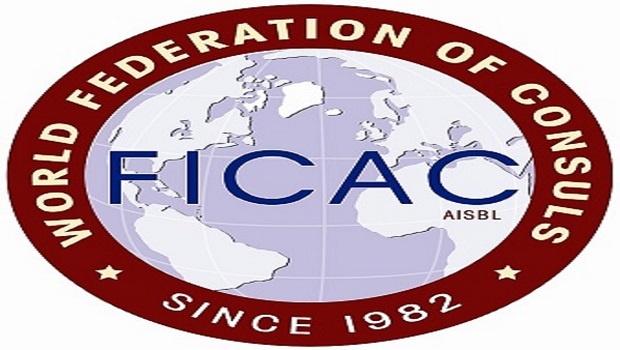 Maxim Behar, Honorary Consul General of the Republic of Seychelles in Bulgaria and Vice President and Speaker of the Association of Honorary Consuls in Bulgaria (AHCB), was appointed today for Chairman of the PR Committee of the World Federation of Consuls (FICAC).

The names of all Committees Presidents and Members can be found here /https://www.ficacworld.org/ficac-committees/central-committees/.

FICAC is a non-governmental organization, accredited to the United Nations that brings together Consular associations and Corps from all over the world and aims to provide new opportunities to share experience and exchange good practice. The Federation works to optimize effectiveness of consular activities through the creation of a global network for developing and maintaining international relations.

“I am happy that representatives of the Association of Honorary Consuls in Bulgaria will take active part in the working Committees of the World Federation. AHCB has recently become a full member of FICAC but is already presenting excellent projects and organises useful monthly meetings. I am positive that the work with our colleagues from Bulgaria will be very beneficial”, said Hon. Nikolaos Margaropoulos, FICAC Secretary General.

About the World Federation of Consuls (FICAC):

The World Federation of Consuls is a non-governmental organization, accredited to the UN, and was established in Copenhagen in 1982. It represents a global network of consular associations of over 87 countries and aims to provide opportunities for knowledge and best practice exchange between consuls around the world. Among the objectives of the organization are also the strengthening of the relations between the individual Consulates and the clarifying the duties and responsibilities, rights and privileges of the Honorary and Career Consuls. The results that the Federation aims at are coordinated solutions and overall improvement in the effectiveness and status of consular institutions.

About the Association of Honorary Consuls in Bulgaria